Microsoft gave up Windows Forms and built Visual Studio 2010 mainly on WPF. That instantly led to a brand new theme being shipped, 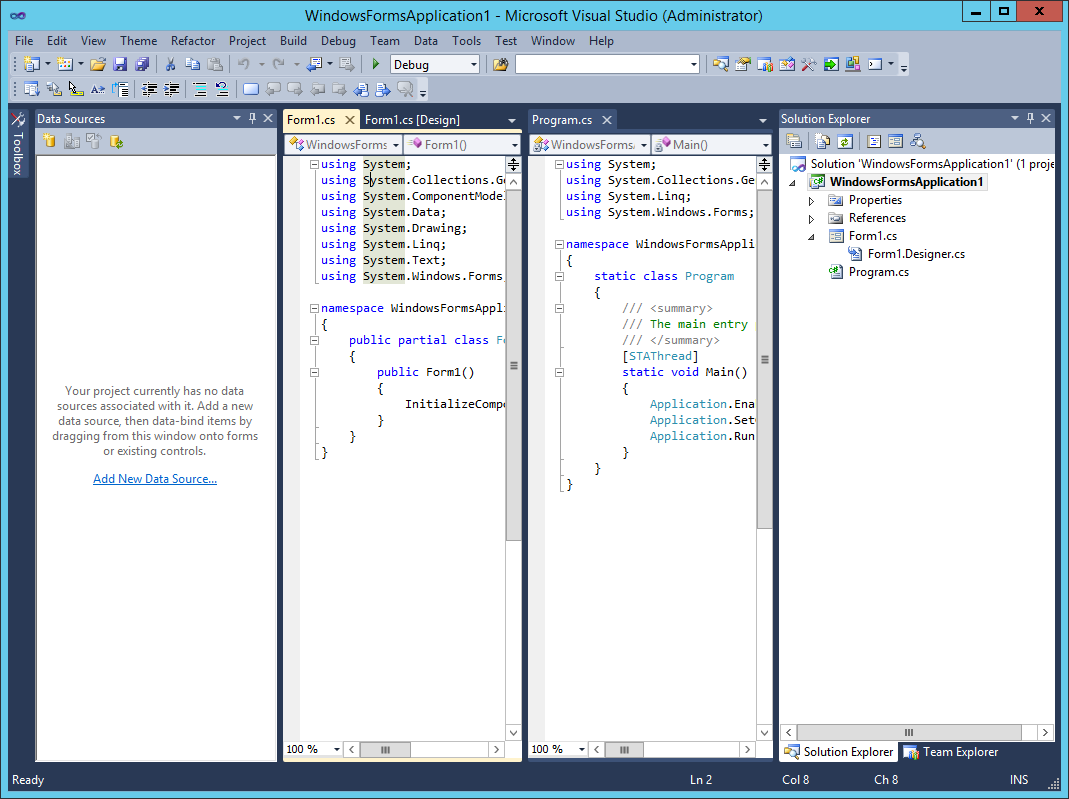 It reassembles many elements of Visual Studio 2008 themes, such as rounded rectangles and icons in auto-hide tabs and tool window tabs, but also features new elements, 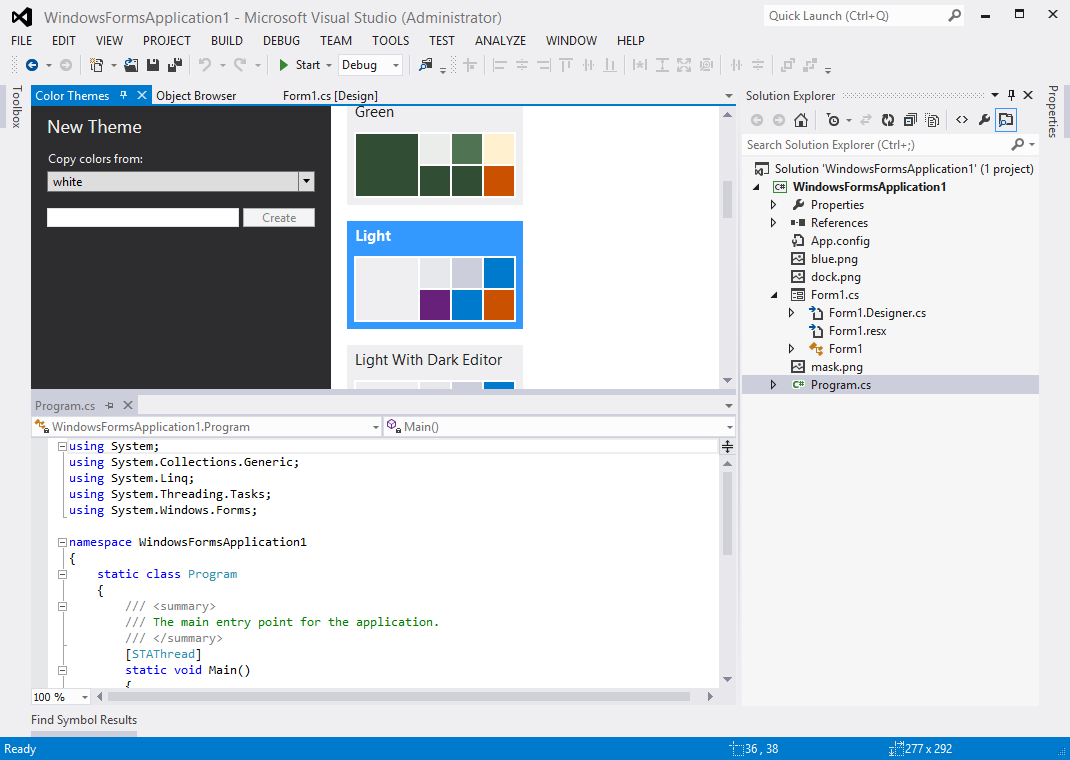 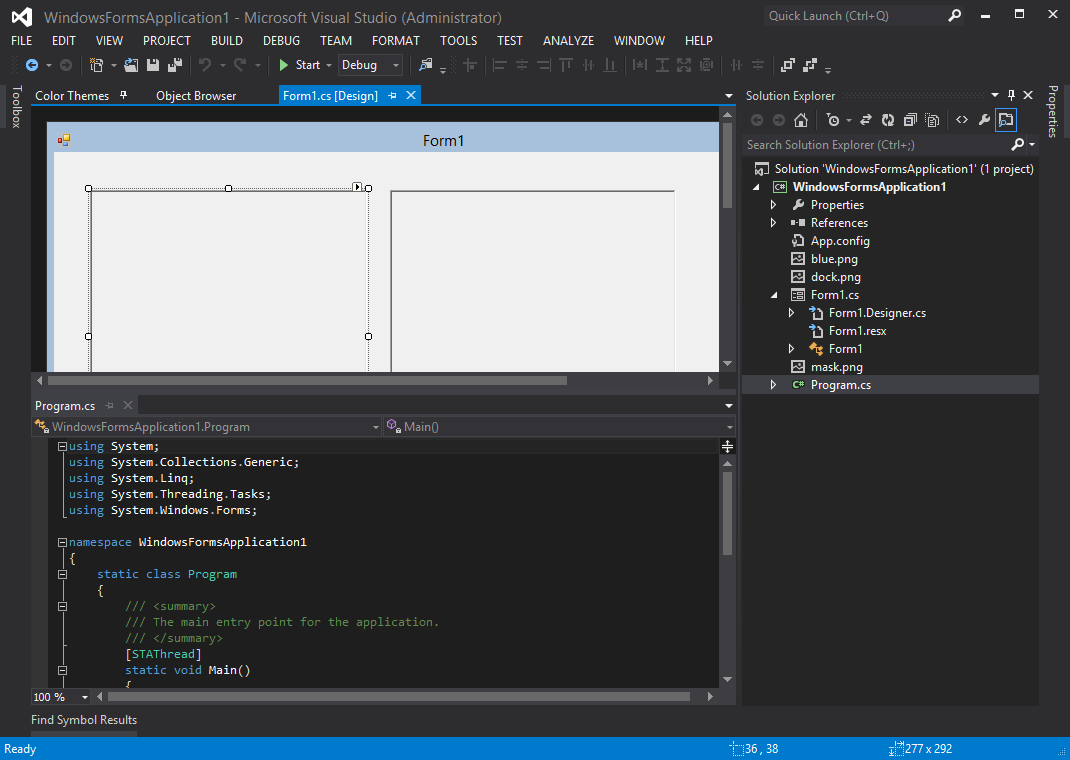 There are lots of visual effect changes compared to Visual Studio 2010,

By community request, in a later Update, the blue theme was also added back. 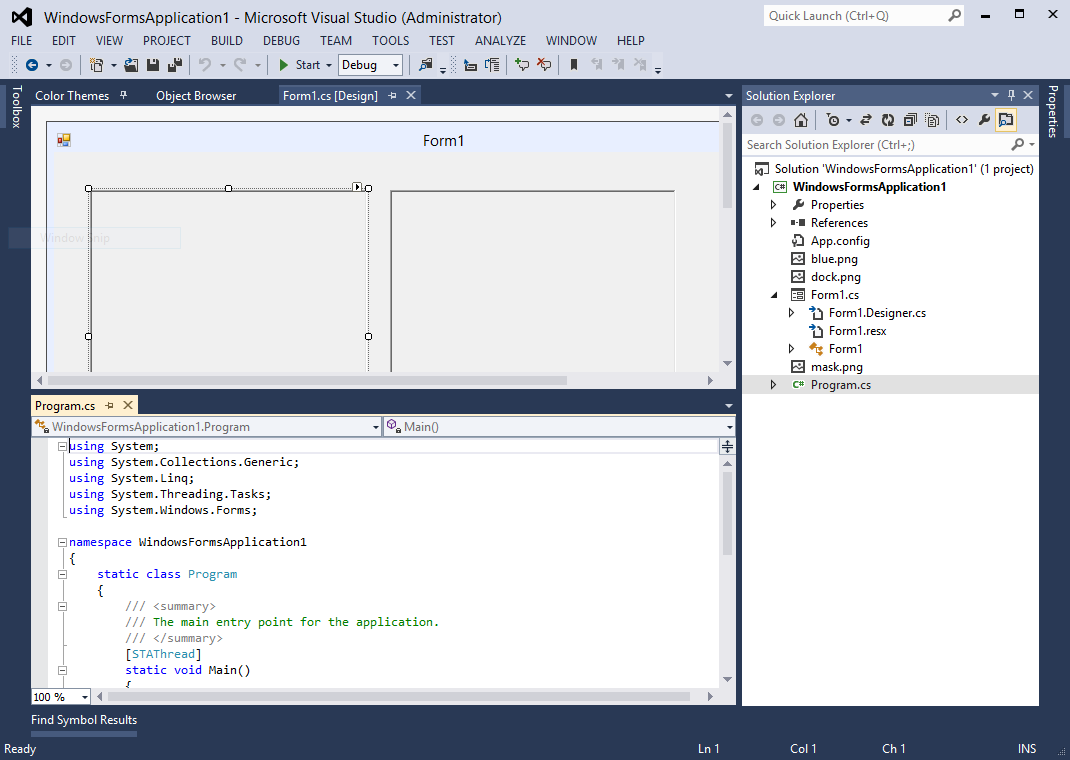 The noticeable changes in the blue theme are, 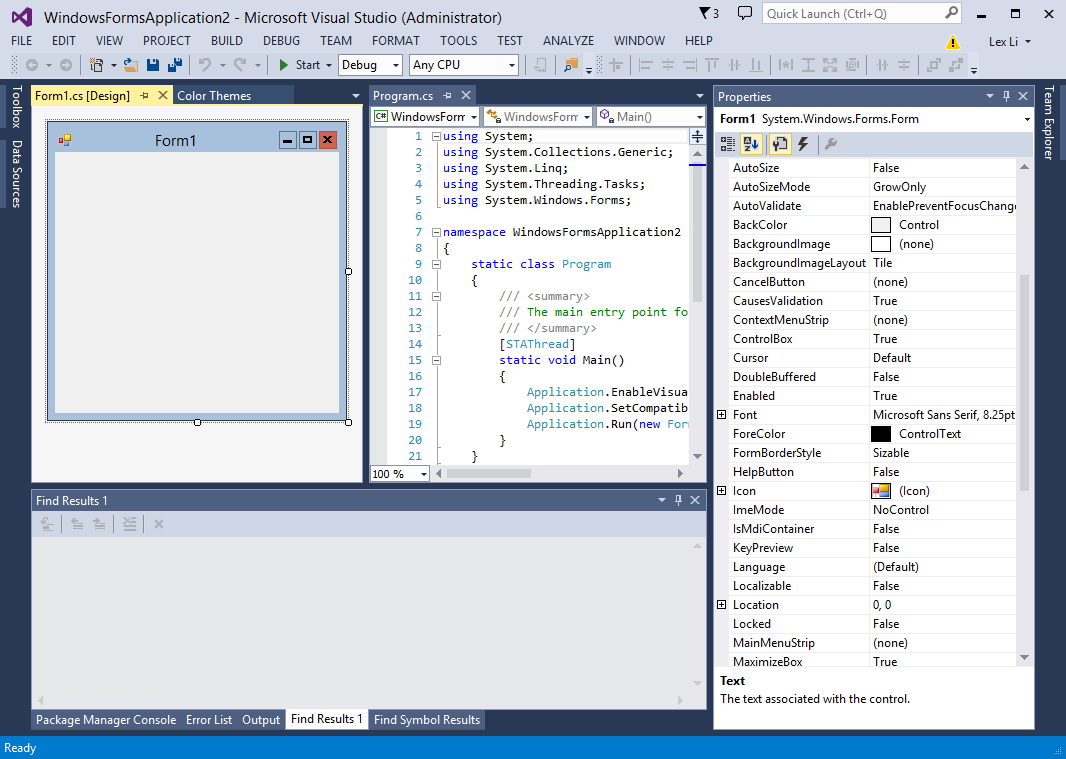 This time only small changes are introduced, 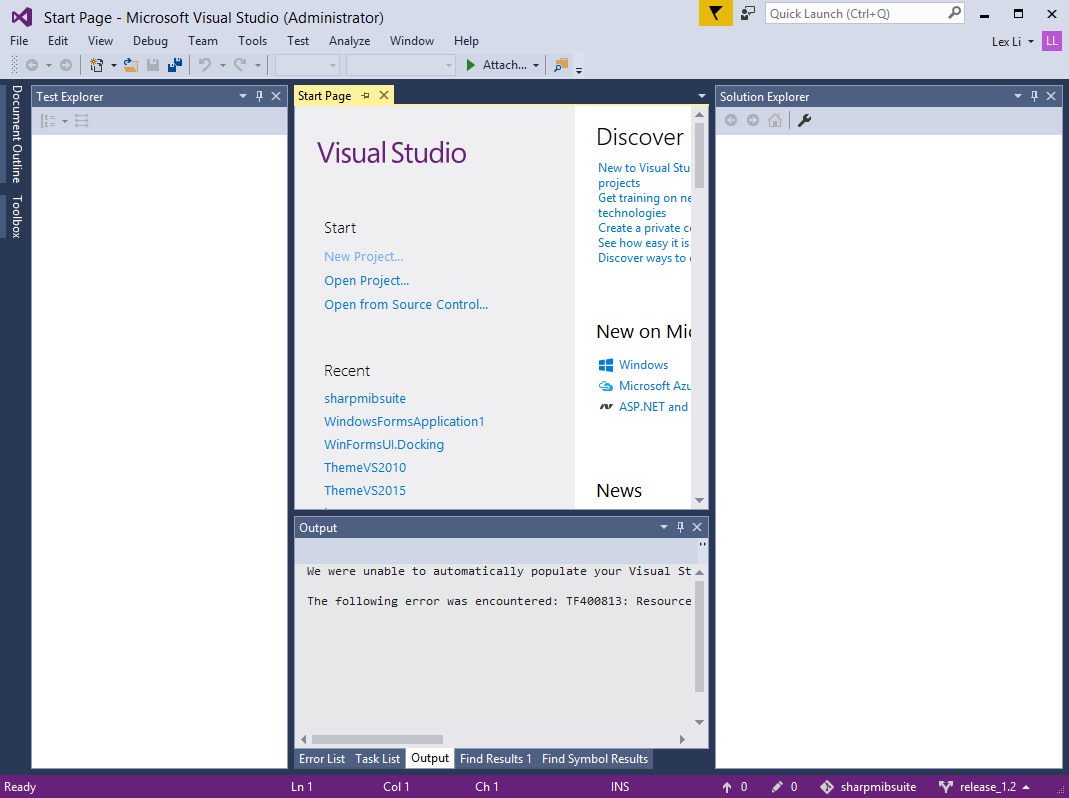 This time except a few color changes in the palette, the look-and-feel is almost the same as Visual Studio 2013.

During Visual Studio 2010 development, an extension was released by Microsoft for end users to design their own themes, 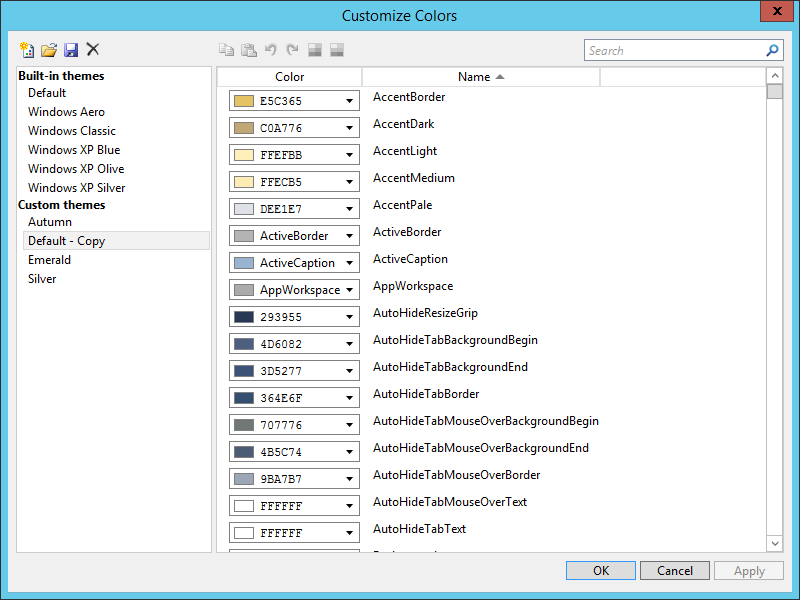 It can import/export themes to .vstheme files in XML format.

Starting from Visual Studio 2012, .vstheme files use a completely new schema, and Color Theme Manager changes to a new design, 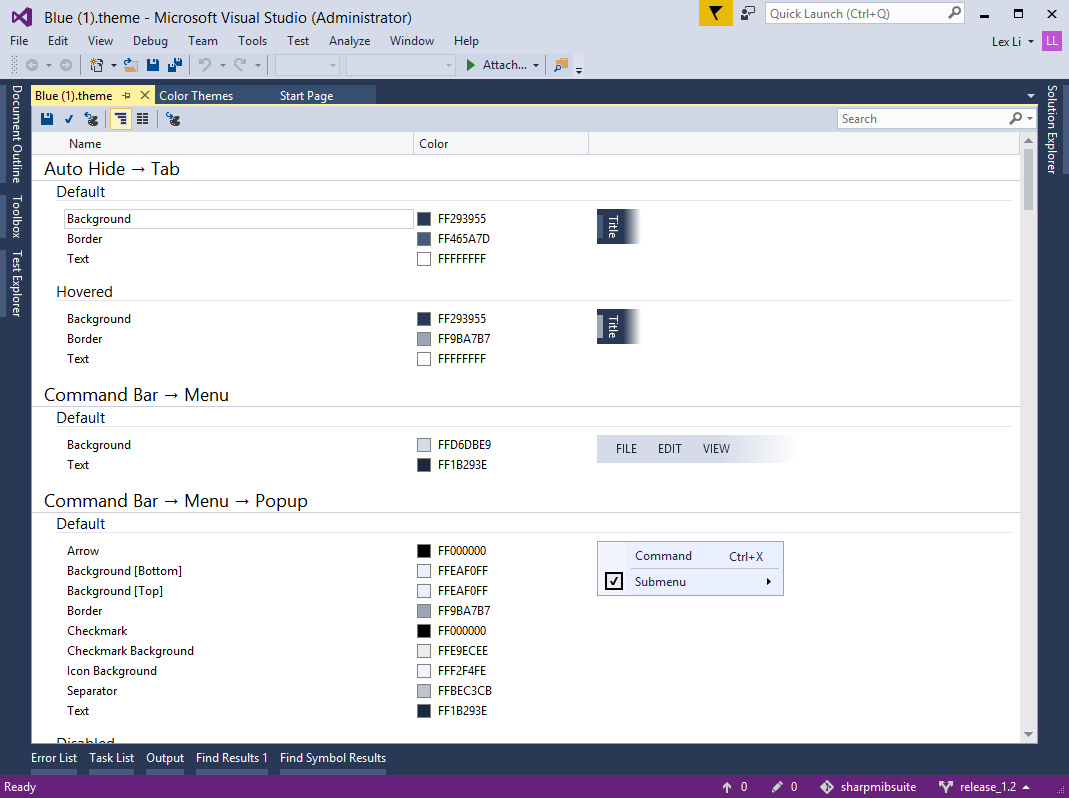